Forex and the Forex Market

Forex is a portmanteau of foreign currency and exchange. Foreign exchange is the process of changing one currency into another currency for a variety of reasons, usually for commerce, trading, or tourism. According to a recent triennial report from the Bank for International Settlements (a global bank for national central banks), the average was more than $5.1 trillion in daily forex trading volume.

Foreign Exchange (forex or FX) is the trading of one currency with another. For example, one can trade the Euro for US Dollars. Foreign exchange transactions take place on the foreign exchange market, also known as the Forex Market.

Unlike the stock market, which dates back centuries, the forex market as we understand it today is a new concept. Of course, in its most basic form, that of people converting one currency to another for financial advantage, it has been around since nations began minting currencies and engaging in commercial trade.

However, the modern forex market is a modern invention. After the accord at Bretton Woods in 1971, major currencies were allowed to float freely and trade against one another.

Commercial and investment banks conduct most of the trading in the forex markets on behalf of their clients, but there are also speculative opportunities for trading one currency against another for professional and individual investors.

What is the Forex Market?

The Forex Market is a decentralized global market where all the world’s currencies trade. Basically, the Forex market is where banks, businesses, governments, institutions, investors, and traders come to exchange and speculate on currencies.

The Forex Market is the largest and most liquid market in the world, with an average daily trading volume of approximately $5 trillion. This volume is far greater than all the stock markets combined.

Additionally, the FX market operates 24 hours, 5 days a week. Traders can trade at any time between Monday and Friday.

Unlike the stock or bond markets, the forex market does not close at the end of each business day. Instead, trading just shifts to different financial centers around the world. It should be noted that there is no central marketplace for the Forex market; trading is instead said to be conducted ‘over the counter’; it’s not like stocks where there is a central marketplace.

The forex market is governed by four(4) major exchanges that span across all trading hours. These major forex exchanges are located in :

This is essential information to forex and day traders, especially when two exchanges overlap. When more than one exchange is simultaneously open there is increased volatility in the markets as more transactions take place. Market volatility is where great opportunities to trade are being available. This may seem paradoxical as most experienced traders seem to avoid volatility. However, in the forex game greater volatility translates to greater payoff opportunities when analyzed right.

In the Forex market, the week begins at 6 p.m. EST on Sunday and runs until 5 p.m. on Friday. Each exchange is open weekly and has unique trading hours, but from the average trader’s perspective, the four most important time windows are as follows (all times are shown in Eastern Standard Time): 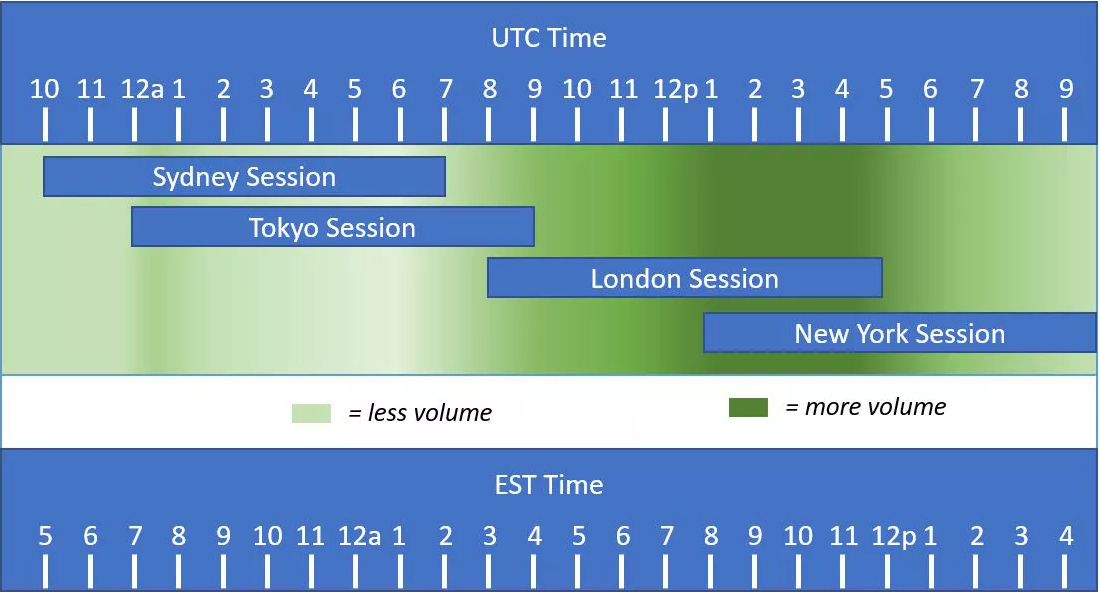 While each exchange functions independently, all of them trade the same currencies. Consequently, when two exchanges are open, the number of traders actively buying and selling a given currency increases to dramatic levels. The bids and asks in one forex market exchange immediately impact bids and asks on all other open exchanges, reducing market spreads and increasing volatility. However, spreads might also fluctuate to levels that might cause traders to lose their investments.

This is certainly the case in the following trading windows(all times are shown in Eastern Standard Time):

What is the Optimal Time to Trade Forex?

The optimal time to trade forex is when the forex market is at its most active and volatile levels. In these situations, less money goes to the market makers facilitating currency trades, leaving more money for the traders to pocket personally.

The most favorable trading time is the 8 a.m. to noon overlap of New York and London exchanges. These two trading centers account for more than 50% of all forex traders globally. During this window, it is expected to see volatility on the EURUSD pair as they are the two main currencies exchanged. On the flipside, from 5 p.m. to 6 p.m., trading mostly happens in the Singapore and Sydney exchanges, where there is far less volume than during the London and New York window.

There can be some exceptions of course, and the expected trading volume is based on the assumption that no major news developments come to play. Political or military crises during slow trading hours could potentially spike volatility and trading volume as opportunities arise.

Buying and Selling in the Forex Market

In a floating exchange rate system, the value of a currency constantly changes accordingly based on supply and demand forces in the market. These fluctuations in value create an opportunity for traders to trade in the market and profit from it. 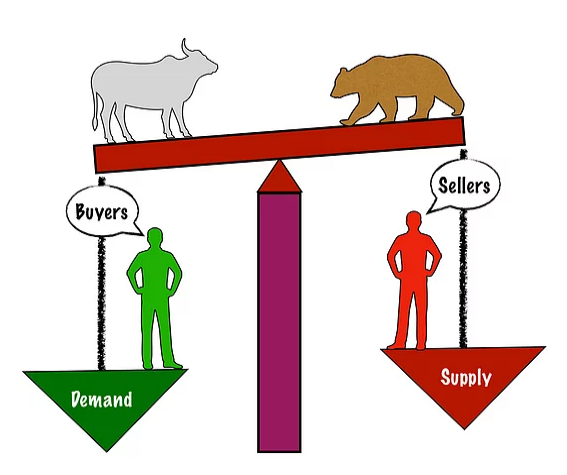 As it was discussed before, all the currencies are always quoted in pairs, thus for every transaction in the forex market, you are simultaneously purchasing one currency and selling another. When opening a buy (long) trade, the exchange rate indicates how much you have to pay in the units of counter currency to buy one unit of the base currency. On the other hand, when selling (going short), the exchange rate indicates how many units of counter currency you will receive for selling one unit of the base currency. 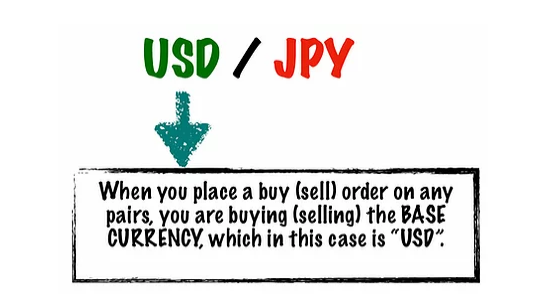 Let’s say you believe that Euro will appreciate in value against the US dollar.  Therefore you go ahead and execute a buy order on EURUSD. Remember as we discussed earlier base currency (the currency on the left) is the basis for buy and sell. Therefore, once you place a buy on EURUSD, you buy the Euro and sell the US dollar simultaneously.

There are many factors and forces behind the movement of currencies in the FX market.

Given the unique and complex nature of each and every economy around the globe, it is almost an impossible task to identify all the forces that drive currency prices.  Forex market reacts to all the supply and demand factors such as interest rates, gross domestic product (GDP), inflation, government policy, economic health, and many other factors. People read these facts and each interprets them differently and take positions based on their interpretation of the fact.

Of course, opinions and interpretations differ from one person to another and they all draw different conclusions from the facts they see. Therefore, this causes prices to go in a different direction to where generally majority of the traders think they will.  There are generally a lot of fundamental factors that move the currency market.

One of the most anticipated interest rate decisions is released by the federal reserve followed by the Federal Open Market Committee (FOMC) meeting that releases a statement to inform the general public of its monetary policy decision, regardless of whether or not rates have been changed. It is scheduled 8 times a year and it is released at 2:00 pm ET.  This specific economic release has a high impact on the Forex market and has a direct impact on the US dollar currency pairs (Major Pairs).

Federal Reserve interest rate decisions can move the market substantially in a very short period of time usually seconds after its release. Thus traders have to take extra caution when such important economic news is about to be released.

Another very important economic news is Non-farm payroll. Non-farm payroll figures refer to any job in the economy with the exception of farm work and other situations such as those employed within the military and intelligence agencies. This release holds such influence because it provides a gauge for investors to determine whether corporations are hiring. If the report comes strong and improving, it can suggest that companies are expanding and hiring new laborers and the new laborers have money to spend, which will in turn fuel broad economic growth.

Growing workforces and a strong economy will often lead to a strengthening currency.  It is released by the Bureau of labor statistics and it is released monthly, usually on the first Friday after the month ends at 8:30 am ET.

It usually comes out at the same time as the Canadian unemployment rate, thus it can move the market substantially. The currency pair affected directly by both of these releases is the US dollar versus the Canadian dollar (USDCAD).

Retail sales is another high impact economic release, it is the primary gauge of consumer spending, which accounts for the majority of overall economic activity. Retail sales are important economic indicators because they measure consumer spending, which drives the economy and signals its health. Retail sales data is compiled differently according to each country and their bureau of statistics.  For the United States, the data is divided into US Retail Sales and US Core Retail Sales, which excludes autos and gasoline.

GDP is considered the broadest measure of a country’s economy, and it represents the total market value of all goods and services produced in a country during a given year. GDP is one of the most-watched economic indicators in the forex market because it signals whether an economy is expanding or contracting and how much it is changing relative to the opinion of analysts.  However, one has to consider that GDP is known to be a lagging economic indicator. 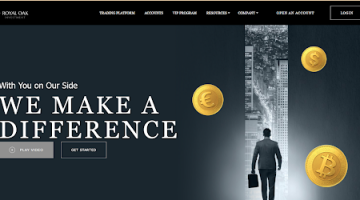 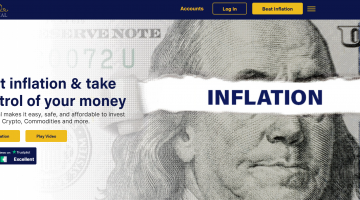 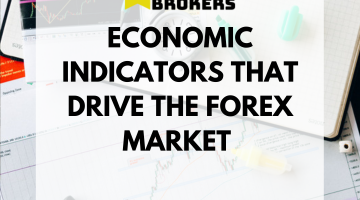 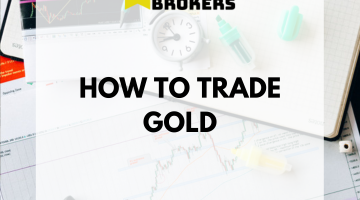